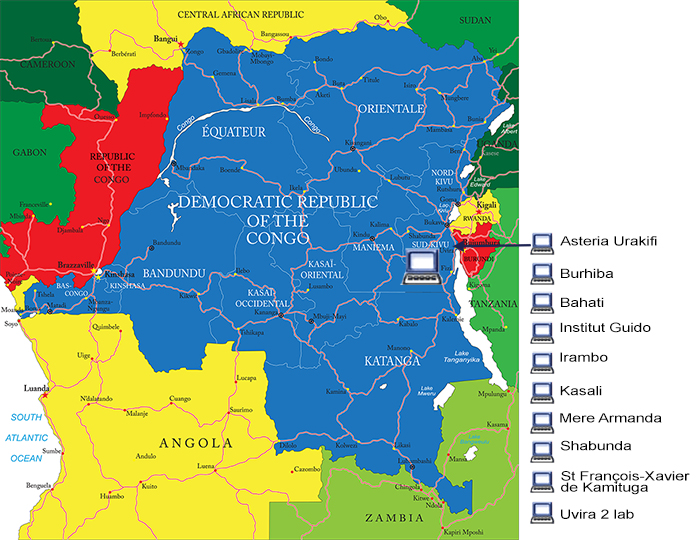 The Democratic Republic of Congo (DRC) has gained 10 places and improved its score in the latest Human Development Index, but nevertheless only eleven countries perform worse (176 out of 188 countries). Poverty is generally distributed in all ethnic groups, with a more negative incidence on women.

The last available data (2012) showed that the 90% of the population are living on the poverty line hugely affecting the life of the weakest portion of society: children. The school enrollment ratio for primary education is, in fact, of 111.9% due to the phenomenon of older children that are attending school for the first time, but it drops dramatically for secondary education (43%) and even more for tertiary education (8%).

Considering this difficult context, the DRC was the first country, not belonging to the ST regions, in which the DU Program was developed in 2005, with the support of the first historic partner: Movimento per la Lotta contro la Fame nel Mondo (MLFM). With the collaboration of this organization two informatics centers were initially set up in the South Kivu Region. When the partnership ended in 2008, on the basis of the positive experience, the Foundation decided to stay active in the country. 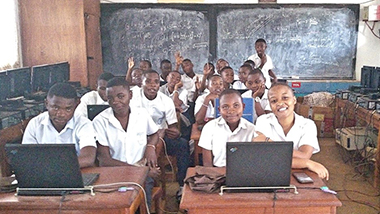 As of today the Foundation is still present in the country with 7 operational centers mainly located in Katanga Province where the social and educational conditions are extremely difficult.

The program is giving goods results and over 77,000 trainees were reached as of December 2019. 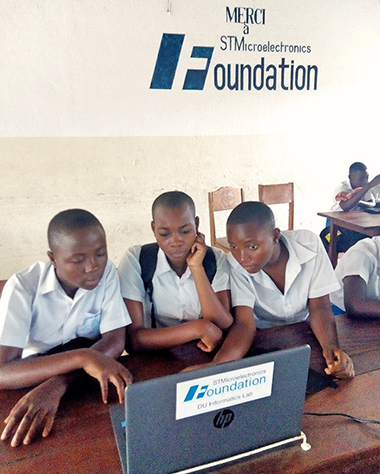