Positioned on East side of the Atlantic Ocean, Senegal surrounds its much smaller neighbor, Gambia, and borders Guinea, Mali, and Mauritania. It has a population of over 15.4 million (2016) and about a quarter of it is concentrated around the capital of Dakar, and up to half in other urban areas.  Senegal is also one of the most stable countries in Africa, it has had three major political transitions, each of them peaceful, since its independence from France in 1960.  Despite its stability and democracy Senegal is one of the least developed countries in the world with an economy which is relying on crops and fishing and therefore too linked to climate change. Harvest deficits in 2014 and 2015, generated by recurring droughts and floods had weakened food security in northern and central Senegal. This situation has contributed to the weak socio-economic condition of the country that still suffers from high poverty rates. 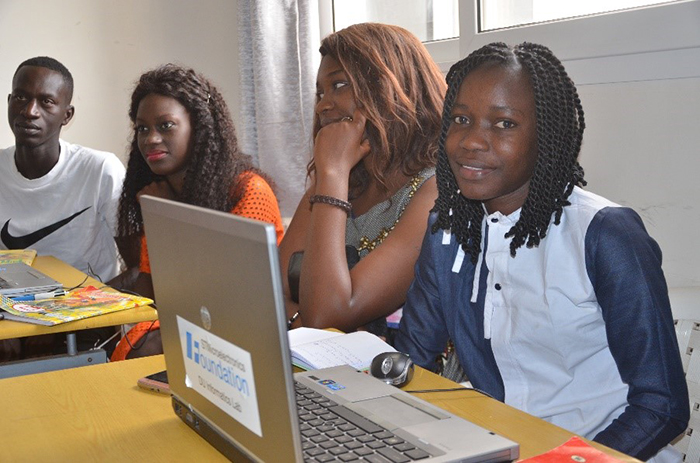 Therefore, the ST Foundation decided to initiate its activity in the country beginning a collaboration in 2008 with its first local partner the ANPEJ (National Agency for Youth Employment). Today after 11 years of continuous presence on the field and fulfilling experiences we are still active in the country with the precious support of a Senegalese NGO: Concept.

Its mission is the promotion of local development through different levers, among which education is for sure considered a priority.

With its support the Foundation is currently running 21 centers in 24 cities and it’s replying to the lack of infrastructures present in the country. At the arrival of the program in these areas ICT tools and the related competences were practically nonexistent.

And the training activities offered made the difference in the educational paths of many Senegalese that, after the courses attended, were able to find jobs related to informatics.

The positive trend of the activities has always been confirmed throughout the years and this basis, the Foundation decided to further invest in the country in 2018. In fact Senegal was the first area in Sub-Saharan Africa where the T4K course was deployed in March. A first train the trainer course was organized and managed by Giovanna Bottani to prepare the first group of trainers that then would have been responsible to further cascade the initiative. 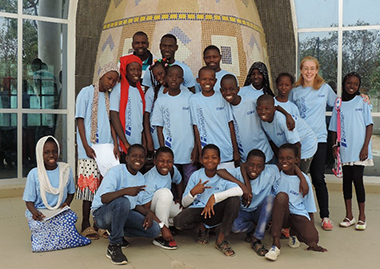 The activities in 2019 have continued smoothly and as of December 2019 over 110,000 beneficiaries were reached in the locations indicated in the map.