The creation of the Smart City in Casablanca

The ST Foundation has just started a new partnership with the Municipality of Casablanca.

The target for the coming year is to create the so called “Smart City”. We would like to reach all the people that, at the moment, are illiterate from an informatics point of view, have no access to the internet and with it to all those possibilities it can be offered through it.

The first step of the collaboration has been the organization of a train the trainers session in November 2015 to train the teachers that will start working in the following centers:

If the first phase of the collaboration will meet our goals, we will set up other 30 centers covering all the urban area of Casablanca.

The four labs were equipped and installed in the first week of March 2016 and the first 79 people have been trained. 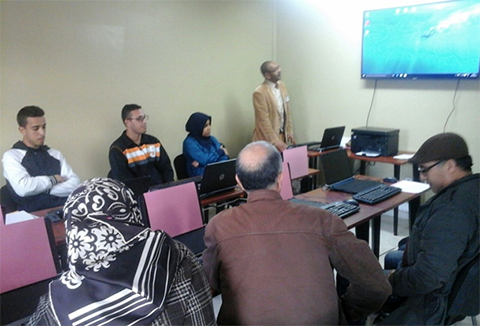