Brazil is South America’s most influential country, an economic giant and one of the world’s biggest democracies. It is one of the rising economic powers – otherwise known as BRIC nations – together with Russia, India, China and South Africa. Over the past few years, it has made major steps in its efforts to raise millions out of poverty.

Despite its economic position Brazil is also known as the country of contrasts, where the richest 10% of people have access to over 40% of the country’s income while the poorest 10% receive about 1% of the income. The contrast between the rich and the poor is made even stronger by the fact that these ones live alongside one another. The slums and favelas around cities like Rio de Janeiro, Sao Paulo and Salvador Bahia are a sign of this division showing millions of people living in poor conditions. This situation affects all aspects of life from education to employment causing inequalities among the population. 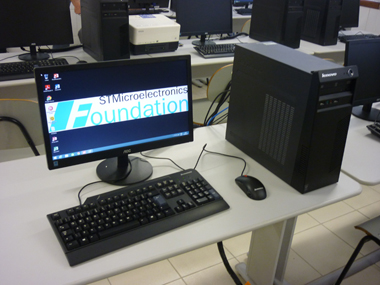 The ST Foundation accepted the challenge to give its contribution to face educational problems in one of the most disadvantaged areas of the country, deciding to launch the DU Program with the active commitment of the ST Subsidiary in Sao Paulo.

In February 2014, the ST Foundation officially launched the DU Program in San Paolo with the support of two local ST volunteers. This and the translation of the training material to Portuguese were the first actions in the country. In October 2014, a Memorandum of Understanding was signed with our first partners in the country: Associação Voluntários para o Serviço Internacional (AVSI Brazil), and Associação Amigos da Igreja Cristo Ressuscitado.

The DU center was set up in April 2015 in a new Youth Center opened in one of the poorest and biggest Favelas of the Bahia region here over 400 students were trained.

At the moment the activities are on hold because we are currently evaluating the possibility of relocating the centers in needier areas. 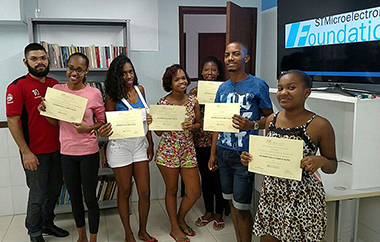