Malaysia was among the first ST countries that supported the DU Program. It began in 2004 with courses organized at the ST facility in the city of Muar, through the dedicated effort of ST volunteers.

They targeted orphan children, senior citizens and ST site’s staff. Volunteers were able to train over 700 people since the program’s inception.
After a first period of activity, the program ended during the first quarter of 2008.

In 2015, the ST Foundation decided to relaunch the DU community, with the precious support of the Indian team, organizing a train the trainers’ course in Muar. 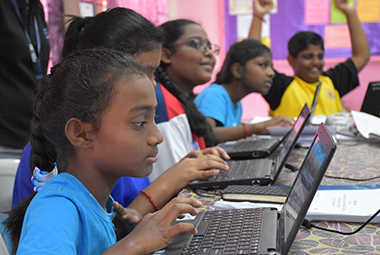 Considering the proactivity of the local ST volunteers and their strong will to help the Foundation to be more present in Malaysia we decided to launch also in this country the Tablet for Kids Course. The first step to achieve this new milestone was the organization of the train the trainers course with the precious support of the Indian staff. From now on with the help of ST volunteers we will be able to reach also young beneficiaries that will learn how to take advantage of informatics potential.

With such a committed group of supporters we reached over 390 students as of December 2019. 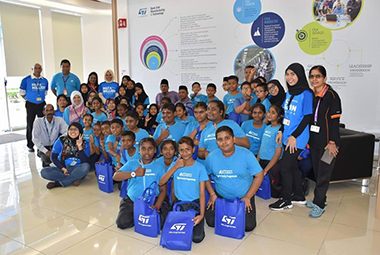