ST Foundation has focus as always on its Digital Unify (DU) program in 2009 in order to maximize its impact, leaving aside any support to other initiatives in order to respect the given budget restrictions.
The past twelve months have been extremely profitable for DU, with over 25’000 trainees completing the Informatics and Computer Basics course (ICB) since the beginning of the year, bringing the total number of DU beneficiaries to 81’000. A remarkable five sessions of trainers’ trainings have been organized thanks to the strong commitment of ST volunteers, brining the total number of trainers to 1’400. Following the approval of two new initiatives in Burundi and France in November 2008, the two countries have joined DU in 2009, bringing the number of DU countries to 18.

DU Progress Since Beginning of Program: 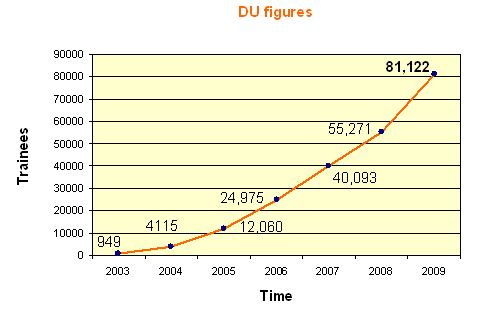 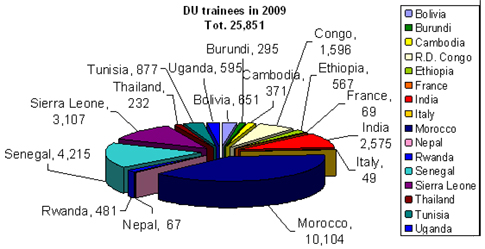 Morocco once more reached the highest number of beneficiaries, followed by Senegal and Sierra Leone.