The Republic of the Congo also known as Congo-Brazzaville, is a country located in Central Africa, well endowed with abundant natural resources, notably oil and iron ore.

The political stability and development of hydrocarbon production made Republic of the Congo the fourth largest oil producer in the Gulf of Guinea and provided the country with a relative prosperity despite the poor state of its infrastructure and public services and an unequal distribution of oil revenues.

Regardless the richness in natural resources Congo has achieved limited progress in poverty alleviation, and remains vulnerable to external shocks. The country is, in fact, characterized by deep imbalances in the regional development and nearly half the population lives in poverty. 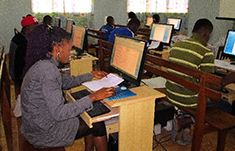 Considering the needs of the country the ST Foundation, in collaboration with the Sisters of the Cross congregation, launched the DU Program in 2010 and equipped 2 labs in very different contexts:

The initiative was highly appreciated by the students of both centers and considered as a chance to come closer to an almost unknown world. 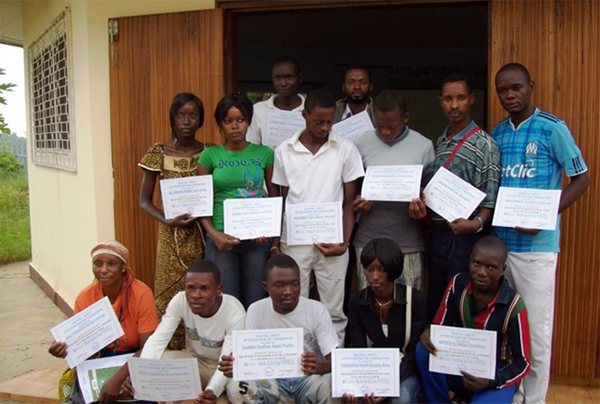 Since the inception of the program, we trained 3.375 beneficiaries as of December 2016.

The collaboration with our local partner ended on January 1 2017, having reached all the potential students of the surroundings areas and we would like wish the best of luck to the Sisters of the Cross for all the future activities.